January Events near The Admiral at the Lake 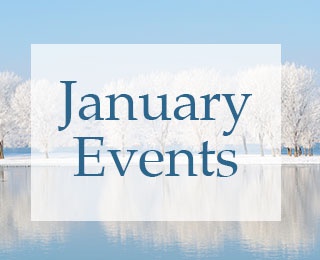 The biting winds of winter are upon us, but that doesn’t mean we want to be cooped up inside for the next four months. Join Admiral residents as we venture out to these entertaining and educational events near The Admiral at the Lake. Explore the nearby neighborhoods of Andersonville and Edgewater, and dive deeper into the north end of Chicago to see what the city has to offer.

Download our Chicago Guide for Older Adults for a complete list of the best dining spots, transportation options, and entertainment in Chicago.

While others shut down and hibernate this winter season, get out and shake off the cobwebs both mentally and physically. Chicago offers a wealth of opportunities to expand your mental horizons and keep up your physical fitness. If there’s one thing we know, it’s that the cold can’t stop determined Chicagoans.

Ring in the new year and maybe even get started on some resolutions with the Lincoln Park 5K. The starting line is located at the south end of the park. Online registration ends at 12 p.m. December 28.

Dive into another world by attending one of the 10 documentaries making their Chicago premiere. The line-up includes Best Worst Thing That Ever Could Have Happened..., which explores an ill-fated musical; Little Wound’s Warriors, a story about Native American teens living on the Pine Ridge Reservation in South Dakota; and To The Moon and Back, which takes a personal look at the Russian ban on U.S. adoptions.

Looking for a book club to join? Try this book club at the Bezazian branch of the Chicago Public Library. They’ll be reading The Swans of Fifth Avenue by Melanie Benjamin for January, which follows protagonists Babe Paley and Truman Capote in 1950s New York high society.

Diving into a freezing cold lake is everybody’s idea of a good time, right? Okay, so this might not be your cup of tea, but it’s always fun to watch. The annual Chicago Polar Bear Club Polar Plunge raises money for families in need and is a fun time for all, whether you take the plunge or not.

Christmas might have passed but there are still some great winter holidays yet to celebrate. If you’re still in the holiday spirit, check out these festive Chicago events. And don’t forget to take some time on January 16 to commemorate Dr. Martin Luther King Jr. Day. Chicago makes it easy with a wide array of speeches, prayer breakfasts, and exhibits.

If you missed the zoo lights during December, you still have one week left to enjoy holiday snacks, live ice-sculpture carving, and musical light shows.

Every year, the Lincoln Park Conservatory turns into a winter wonderland. Visit to see the flora decked out with poinsettias, sparkling lights, and model trains.

Commemorate the life and legacy of Dr. Martin Luther King Jr. at the Chicago History museum. Celebrate his life with a production of The MLK Projects: The Fight for Civil Rights by Writers Theatre and a musical performance by the Chicago Chamber Choir. Admission is free for Illinois residents.

Take advantage of these events that highlight Chicago restaurants and breweries.

Held in the Grand Ballroom at Navy Pier, this festival offers over 150 American craft beers and Chicago’s favorite food trucks.

Put on by the Ravenswood Chamber of Commerce, this winter festival brings the street festival experience indoors with craft beers from local breweries and food from local restaurants.

Celebrate local eateries during the 2018 Chicago Restaurant Week. This tasty celebration is in its 11th year and features hundreds of restaurants offering special menus.

Laugh, dance, cheer, and celebrate at these Chicago festivals and conventions. With vibrant performances and fun gatherings, Chicago’s diversity is on full display.

Check out this gathering of writers, performers, and comedy lovers at this sketch comedy festival. With over 20 shows a night, there’s bound to be something for everyone.

This festival celebrates the art of storytelling with a three-week performance series. It features numerous solo performers and more than a dozen storytelling collectives.

Are you a Cubs fan? You might want to check out this annual convention that features both players and broadcasters.

This music festival puts a spotlight on up-and-coming local indie artists and national acts. It takes place at several locations, making it easy to find a location near you.

Enjoy a wide variety of acts gracing Chicago stages this January. From plays to slam poetry, there’s plenty to choose from.

This play explores a fascinating snippet of theater history, starting in 1833 after Edmund Kean collapses during a performance of Othello at Theatre Royal in London. Ira Aldridge, a young black actor, replaces Kean while at the same time, a bill sits in Parliament promoting the abolition of slavery.

Be sure to check out the January performances to see if anything catches your fancy. With everything from slam poetry to jam sessions to jazz guitar, there are plenty of shows to keep you entertained as you enjoy a cocktail or two.

Enjoy the Chicago Lifestyle at The Admiral at the Lake

One of the many benefits of living at The Admiral at the Lake is its easy walking distance to a wide variety of Chicago mainstays. Take a look around our interactive Chicago map—you’ll find that Chicago living and The Admiral go hand-in-hand. 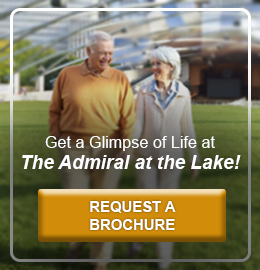