Community Spotlight: Get to Know our CFO, Dan Churchill

Since 2012, Dan Churchill, Chief Financial Officer at The Admiral at the Lake, enjoys the work that he does for the community and treasures the time he spends with the residents and staff members. Not only does he love his job, but he also loves the surrounding Chicago community that he lives and works in.

Get to know Dan a little bit more as we explore where he grew up, who inspires him, and what he enjoys the most about being a part of The Admiral at the Lake community.

Life Before The Admiral

Dan grew up in central Illinois in the Village of Morton located between Peoria and Bloomington-Normal.  An interesting fact about Dan’s hometown is that it is known as the Pumpkin Capital of the World. 85% of the world’s canned pumpkin is packed in the Nestles/Libby’s plant that is located in Morton.

Knowing he had a knack for numbers, Dan pursued his Bachelor of Science degree in Accounting from Bradley University in Peoria, Illinois. After graduation, he moved to Chicago and worked as an auditor, specializing in audits of non-profit organizations. He then received his CPA and worked as a Senior Manager for a firm that is a leader in senior living accounting and consulting in Illinois.

Just for fun, we asked Dan for some interesting facts about him that others may or may not know.

Where’s your favorite place in the world?

“Puerto Vallarta, Mexico,” Dan answered. “I have a lifelong friend that I don’t see very often as she doesn’t live in Chicago. We go there every summer to reconnect and just have a good time. We could do that anywhere but we always come back to Puerto Vallarta."

What are some interesting facts about you that no one at The Admiral knows?

“My mom’s nickname for me when I was little was “pumpkin” because of my red hair,” Dan said with a laugh. “It was also fitting because we lived in the Pumpkin Capital of the World.”

“I also played alto sax and was in marching band and concert band in high school.”

“My parents for sure! My dad grew up on a farm in a house that had no indoor plumbing. He was the first member of his family to go to college and graduate. My mom grew up in west central Illinois and had a degree in teaching physically and developmentally handicapped kids. She went on to work as a kindergarten teacher in a low-income neighborhood in Peoria. She loved it! She would always take us there and I remember getting to read to the kids and get to know them. My brother and I were always able to help out the other teachers in their classrooms as well! My parents were able to instill some great values in me.”

When asked what his favorite things are in Chicago, Dan had a hard time picking only a few.

“I love the culture and diversity of the people that live in Chicago. There is a friendly nature amongst everyone. I am able to experience and see beautiful architecture, take in a play in the amazing theater scene, and enjoy the amazing beaches on a daily basis”

He also enjoys the easy transportation to get to and from different places in Chicago.

“It is easy to use public transportation to go to the theater to see a show or quickly get to O’Hare Airport.”

Making Friends and Memories at The Admiral

Dan enjoys his time at The Admiral at the Lake and has a fondness for the residents and the staff that he works with daily.

“The residents are engaged and fascinating people,” Dan said. “I see them as my pseudo grandparents, since I was only able to know one of my own grandparents for a very short time. I love hearing their stories, their goals, and their aspirations. They are very smart and community-minded.”

Dan loves to see the residents engaged in the community by making it a community that is their own.

He feels similarly about the staff as he does for the residents.

“The staff match the residents as they are also lovely, fascinating people. They are very hardworking and are here for a reason. That reason is to enrich the lives of older people.”

So far in his six years of being a part of The Admiral at the Lake community, Dan has two very memorable experiences.

“On the financial side, The Admiral was able to refinance at the end of 2017. This has allowed us to save money in interest and principal payments. With that saved money, we have been able to purchase resources that have been needed and wanted by the residents and staff alike.”

Dan went on to say, “ On the personal side, my most memorable experience so far has been playing the part of Nick in the resident directed play, “Who’s Afraid of Virginia Woolf?” The internal production was directed by a resident who had a career as an actress and director. It was a small play with two residents and two staff members of The Admiral. It was so much fun! Broadway here I come!!”

How does The Admiral at the Lake stand out from all of the other retirement communities in the area?

“The culture, far and away,” Dan said. “When you step into The Admiral, it’s different from any other place you have stepped into. It feels like you have arrived home. We even call each other by our first names. As I said before, the residents are engaged in all aspects of this community. They are truly involved in making the community the best it can be and making it feel like home.” 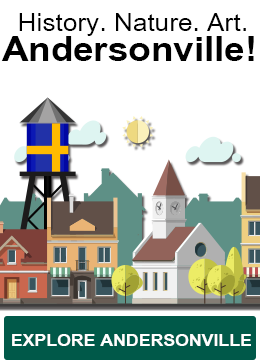